Get instant property alerts for www.sccoastalislandhomes.com

Get the MoveTo App 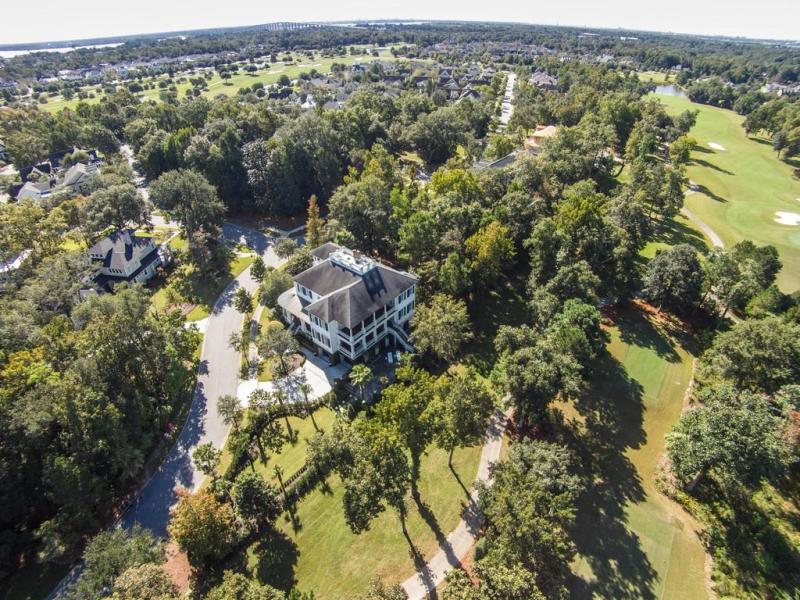 Once a private hunting retreat for the Guggenheim family, Daniel Island is a bustling master-planned community situated on 4,000 acres, just outside of Charleston, SC. Nestled by the Cooper and Wando Rivers, you will find residential neighborhoods, parks, trails, recreational amenities and a wonderful downtown comprised of shops, restaurants, schools, churches and offices.

The island that was used primarily for farming and cattle ranching, remained undeveloped until the early 1990's.  With the guidance of the Guggenheim Foundation, a master plan was developed that would help guide the island's unfolding of residential life as we presently know it today.  In 1997, the island was purchased by the Daniel Island Company, a developer of master-planned communities.

Two professional sports/entertainment facilities – the Family Circle Tennis Center and Blackbaud Stadium – are located on the island, along with a private country club, the Daniel Island Club. Each year, top tennis players will meet in Daniel Island to play in the Family Circle Cup and top names in the entertainment industry will be found performing at Blackbaud Stadium.

The community and its developers have been nationally recognized for responsible planning and "smart growth" practices with numerous awards and accolades. It was a 2007 recipient of an "Award for Excellence" from the Urban Land Institute.

Luxurious marsh front custom contemporary home in the Ralston Grove neighborhood within Daniel Island Park will leave you speechless! This home was built by the Multi-Pri...

Set among the live oaks on a grand & private almost 3/4 of an acre marsh lot in Daniel Island Park sits this Stunning & Modern Coastal-Design Home, lovingly called ''The ...

Build your dream home in Daniel Island's premier waterfront village of Captains Island that fewer than 100 families have the privilege of calling home. A large, corner lo...

The EPITOME of luxury waterfront living with unparalleled views of the Wando River framed by live oaks and the option for a private deepwater dock, 533 Old Compass Road o...

Communities Around the Lowcountry

The Charleston tri-county real estate market is made up of interesting and diverse neighborhoods and communities, each with their own unique character and charm.  We have broken down the key areas around Charleston to help you narrow your search so you can learn more about the different areas and price points so that you can better fit your real estate needs and search criteria. 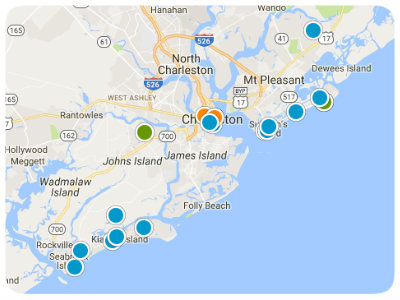